The Samsung Galaxy M40 announced Jun 2019. has been powered by a Qualcomm Snapdragon 675 chip and an octa-core (2GHz dual-core, Kryo 460 + 1.7GHz Hexa-core, Kryo 460) processor and it houses an internal memory of 128GB which fulfills all storage needs of the user. The device further gets an Adreno 612 GPU, which provides smooth graphics and a 6GB RAM that looks after gaming and multitasking in short M40 is an all-access pass to the world of entertainment.

Samsung Galaxy M40 was launched in the country on June 18, 2019 (Official) and Electronics giant Samsung introduced its M-series of smartphones. The Samsung Galaxy M40 is company's take on luring those who fancy a punch-hole display as for the colour options, the Samsung Galaxy M40 smartphone comes in Midnight Blue, Seawater Blue, Cocktail Orange colours with this, Samsung is once again targetting the millennials with new design it is the company's best attempt to give a stiff competition to its rivals in this price band

The Samsung Galaxy M40 features a triple-camera on the back, which looks more capable and reasonably good cameras to the table compared to its siblings. It has a 32MP primary shooter with f/1.7 aperture along with an 8MP ultra-wide camera with 123-degree field-of-view and a 5MP sensor for depth mapping and there's 16MP front camera drilled in the punch-hole and on the rear, there's a 32MP + 8MP + 5MP camera with features. 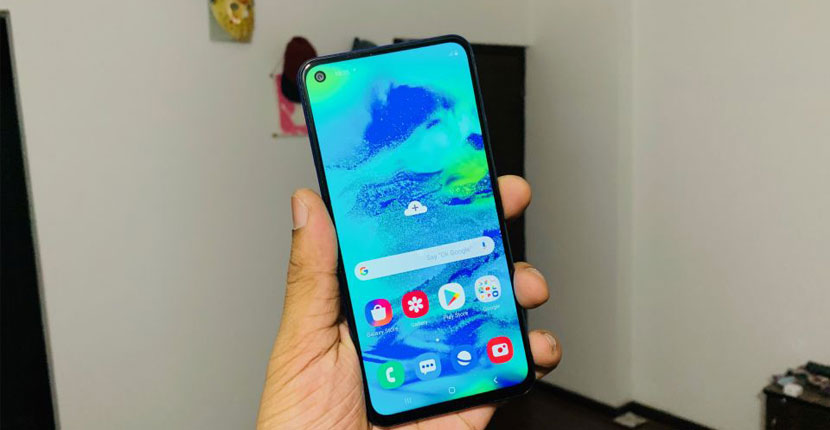 The 2Ghz octa-core Snapdragon 675 processor coupled with 6GB of RAM is enough to make sure the Galaxy M40 runs smoothly for most day-to-day tasks. It is a reliable processor as we have seen it work effortlessly with the Redmi Note 7 Pro as well if compared to the Redmi Note 7 Pro, the M40 is slightly less powerful but feels better to use because of its smooth One UI experience

For the storage, the Galaxy M40 houses an internal memory of 128GB which fulfills all storage needs of the user and the memory of the device can be further expanded up to a massive 1TB via a microSD card slot. The device is backed by a powerful 5,000mAh battery which provides a backup all day long with connectivity features in the smartphone include WiFi, Bluetooth, GPS, Volte, NFC and more and the battery power is utilized by apps which requires an internet connection.

So the conclusion says The Galaxy M40, at a slightly higher cost than the Galaxy A50, is a phone that shouldn't really exist yet it is a well-balanced phone. The one benefit it gives you is a smoother experience in day-to-day usage as the Snapdragon 675 and 6GB of RAM are better than the Exynos 9610 and 4GB of RAM on the Galaxy A50 and it offers a better overall value.

I love this mobile. I'm waiting buy for it.