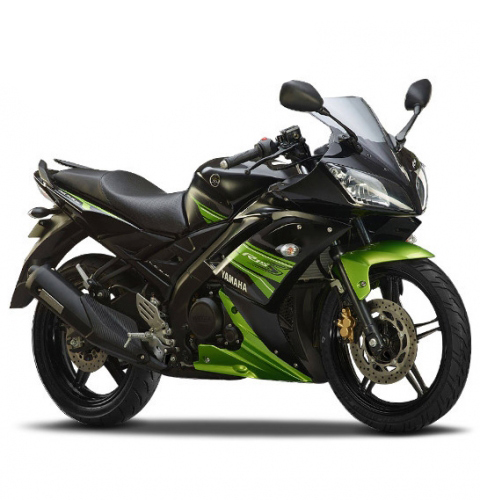 Yamaha R15S bike has a unibody seat that has been built around the Huma chine technology. The bike offers comfortable space to the rider as well as pillion, the unibody seat provides great riding experience while on the go. This bike gets its power from 150 cc, liquid-cooled, 4-stroke, SOHC engine which can produce 12.2 kW at 8500 rpm and 15 Nm at 7500 rpm. The fuel-injected engine is synced to a constant mesh and it will provide with 6-speed transmission directing power to wheels. Telescopic forks and linked motocross shocks have been used through this bike. Overall, Yamaha R15S bike is the best sports-bike ever.

The Yamaha R15S is a hybrid of its previous two versions offering the best of both worlds. In times where it is a known fact that time travel is impossible, Yamaha Motor India seems to have had the breakthrough. It has a machine that will take you back to 2008 in less than 88 miles per hour that doesn’t even need the flux capacitor! The 2016 Yamaha YZF-R15, now called the R15-S, is an uncanny reincarnation of its eight-year-old ancestor.

The Yamaha R15-S is deceptively similar to its previous iterations. It carries design cues from both its earlier versions. For example, it uses the same fairing design as of Version 1.0 while the exhaust muffler is taken from the later version. The rear fender looks similar to that of the one on V1.0 but has been redesigned to cover the wider rear tyre. Functional hardware such as the new aluminum swingarm has been retained from the V2.0

No matter how further we travel into time, the performance of the R15-S will always be ahead of its time. Back in 2008, the 149cc single-cylinder engine shook up the performance standards and to date, no one else got any closer. The engine redlines at 10,500 RPM and demands to be revved all the time. With a peak power of 16.36 BHP kicking in at a good 8500 RPM, the engine feels alive even a little north of that. Shift into the next gear and the 14.6 Nm of torque is still enough to surprise you with the ingenious 6-speed gearbox.

The puny 149cc engine may be ridiculed by many, but one short spin on the highway is enough to prove its might. The liquid-cooled four-valve powerhouse is utterly smooth over all the ranges with minimal vibrations at high RPMs. It feels extremely stress-free at cruising speeds of around 100 km per hour at just 7000 RPM in the top gear. At this moment as well, the engines still got enough grunt for highway overtakes. Our test bike was considerably new and could do a VBOX top speed of only 131 km per hour while 0-100 km per hour coming up in just 11.89 seconds. But, is this only what the Yamaha R15S R15-S is meant to do? 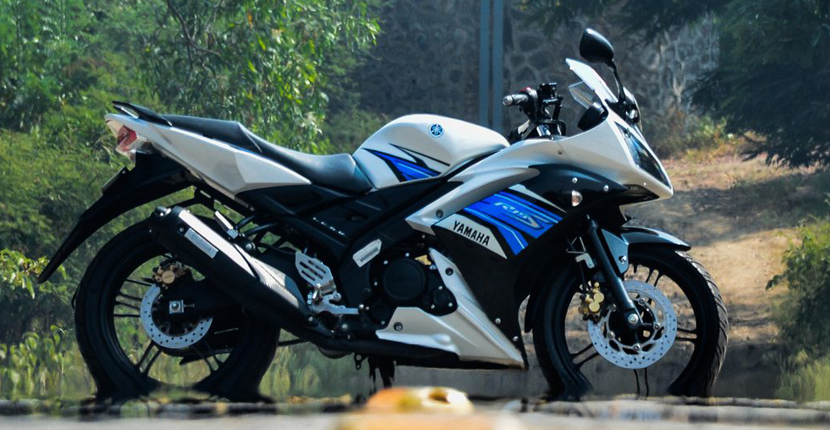 The R15-S gets an updated sticker scheme which makes it look more colorful, however, we think Yamaha has gone a little overboard with it. The color scheme feels a little tacky and is an eyesore. The tail lamp is directly borrowed from Version 1.0 and it looks outdated. It should have at least come with LEDs.

The YZF-R15 to date has respect from the biggies solely because of the way it moves. The committed riding stance will teach you the ways of racing a motorcycle. The Delta box frameworks unnaturally solid and mid-corner stability is unparalleled. Weighing at just 134 kgs, the bike is nimble but the planted stability may mislead you into believing the opposite. If you’re a short rider in the crouch down position, you get just the right aerodynamics and wind resistance is no longer a factor in high-speed back straights.

Verdict The YZF-R15 back in 2008 created a special love for Yamaha in the heart of an Indian biker, and it still manages to turn heads wherever it goes. However, it lacks the feel of a bike being sold in 2016. With no essential updates to it since 2012, the YZF-R15-S still somehow manages to do the trick for the Japanese automaker. With an on-road price of Rs. 1.40 lakhs in Mumbai, it feels a tad overpriced for what it offers considering the available alternatives.